The Entrepreneurial Generation According to the New York Times

This article, written on November 13th 2011 offers fantastic insights into the evolution of social youth movements and leads to a very interesting conclusion of where we are today.  Check out the article here or continue reading below.  Enjoy! 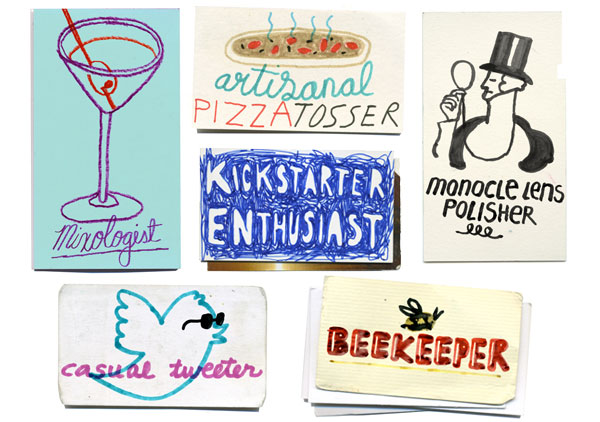 EVER since I moved three years ago to Portland, Ore., that hotbed of all things hipster, I’ve been trying to get a handle on today’s youth culture. The style is easy enough to describe — the skinny pants, the retro hats, the wall-to-wall tattoos. But style is superficial. The question is, what’s underneath? What idea of life? What stance with respect to the world?

Previous youth cultures — beatniks, hippies, punks, slackers — could be characterized by two related things: the emotion or affect they valorized and the social form they envisioned. For the hippies, the emotion was love: love-ins, free love, the Summer of Love, all you need is love. The social form was utopia, understood in collective terms: the commune, the music festival, the liberation movement.

The beatniks aimed at ecstasy, embodied as a social form in individual transcendence. Theirs was a culture of jazz, with its spontaneity; of marijuana, arresting time and flooding the soul with pleasure (this was before the substance became the background drug of every youth culture); of flight, on the road, to the West; of the quest for the perfect moment.

The punks were all about rage, their social program nihilistic anarchy. “Get pissed,” Johnny Rotten sang. “Destroy.” Hip-hop, punk’s younger brother, was all about rage and nihilism, too, at least until it turned to a vision of individual aggrandizement.

As for the slackers of the late ’80s and early ’90s (Generation X, grunge music, the fiction of David Foster Wallace), their affect ran to apathy and angst, a sense of aimlessness and pointlessness. Whatever. That they had no social vision was precisely what their social vision was: a defensive withdrawal from all commitment as inherently phony.

So what’s the affect of today’s youth culture? Not just the hipsters, but the Millennial Generation as a whole, people born between the late ’70s and the mid-’90s, more or less — of whom the hipsters are a lot more representative than most of them care to admit. The thing that strikes me most about them is how nice they are: polite, pleasant, moderate, earnest, friendly. Rock ’n’ rollers once were snarling rebels or chest-beating egomaniacs. Now the presentation is low-key, self-deprecating, post-ironic, eco-friendly. When Vampire Weekend appeared on “The Colbert Report” last year to plug their album “Contra,” the host asked them, in view of the title, what they were against. “Closed-mindedness,” they said.

According to one of my students at Yale, where I taught English in the last decade, a colleague of mine would tell his students that they belonged to a “post-emotional” generation. No anger, no edge, no ego.

What is this about? A rejection of culture-war strife? A principled desire to live more lightly on the planet? A matter of how they were raised — everybody’s special and everybody’s point of view is valid and everybody’s feelings should be taken care of?

Perhaps a bit of each, but mainly, I think, something else. The millennial affect is the affect of the salesman. Consider the other side of the equation, the Millennials’ characteristic social form. Here’s what I see around me, in the city and the culture: food carts, 20-somethings selling wallets made from recycled plastic bags, boutique pickle companies, techie start-ups, Kickstarter, urban-farming supply stores and bottled water that wants to save the planet.

Today’s ideal social form is not the commune or the movement or even the individual creator as such; it’s the small business. Every artistic or moral aspiration — music, food, good works, what have you — is expressed in those terms.

Bands are still bands, but now they’re little businesses, as well: self-produced, self-published, self-managed. When I hear from young people who want to get off the careerist treadmill and do something meaningful, they talk, most often, about opening a restaurant. Nonprofits are still hip, but students don’t dream about joining one, they dream about starting one. In any case, what’s really hip is social entrepreneurship — companies that try to make money responsibly, then give it all away.

It’s striking. Forty years ago, even 20 years ago, a young person’s first thought, or even second or third thought, was certainly not to start a business. That was selling out — an idea that has rather tellingly disappeared from our vocabulary. Where did it come from, this change? Less Reaganism, as a former student suggested to me, than Clintonism — the heroic age of dot-com entrepreneurship that emerged during the Millennials’ childhood and youth. Add a distrust of large organizations, including government, as well as the sense, a legacy of the last decade, that it’s every man for himself.

Because this isn’t only them. The small business is the idealized social form of our time. Our culture hero is not the artist or reformer, not the saint or scientist, but the entrepreneur. (Think of Steve Jobs, our new deity.) Autonomy, adventure, imagination: entrepreneurship comprehends all this and more for us. The characteristic art form of our age may be the business plan.

AND that, I think, is the real meaning of the Millennial affect — which is, like the entrepreneurial ideal, essentially everyone’s now. Today’s polite, pleasant personality is, above all, a commercial personality. It is the salesman’s smile and hearty handshake, because the customer is always right and you should always keep the customer happy. If you want to get ahead, said Benjamin Franklin, the original business guru, make yourself pleasing to others.

I was contacted recently by a young man who plans to start a Web site to promote the need for reading and reflection to people of his generation. Not just promote it, though, of course, but market it. When he asked me for advice, I suggested he begin by pointing out the superficiality of so much social media. Well, he said, I agree with that idea, that’s a big premise of what I’m trying to do, but I wouldn’t want to come across as negative, because that turns people off. If they think you’re criticizing them, they won’t want to buy what you’re selling.

That kind of thinking is precisely what I’m talking about, what lies behind the bland, inoffensive, smile-and-a-shoeshine personality — the stay-positive, other-directed, I’ll-be-whoever-you-want-me-to-be personality — that everybody has today. Yes, we’re vicious, anonymously, on the comment threads of public Web sites, but when we speak in our own names, on Facebook and so forth, we’re strenuously cheerful, conciliatory, well-groomed. (In fact, one of the reasons we’re so vicious, I’m convinced, is to relieve the psychic pressure of all that affability.) They say that people in Hollywood are always nice to everyone they meet, in that famously fake Hollywood way, because they’re never certain whom they might be dealing with — it could be somebody who’s more important than they realize, or at least, somebody who might become important down the road.

Well, we’re all in showbiz now, walking on eggshells, relentlessly tending our customer base. We’re all selling something today, because even if we aren’t literally selling something (though thanks to the Internet as well as the entrepreneurial ideal, more and more of us are), we’re always selling ourselves. We use social media to create a product — to create a brand — and the product is us. We treat ourselves like little businesses, something to be managed and promoted.

The self today is an entrepreneurial self, a self that’s packaged to be sold.

In “Bobos in Paradise,” David Brooks articulated the phenomenon of the bourgeois bohemians, a class that merges respectable incomes with countercultural attitudes. Where, I wondered recently, do the real bohemians — the hipsters, in other words — fit into the scheme? Some are just bobos in training; others are destined to remain bohemians for life. But whatever their individual trajectories, hipsters possess a relationship to mainstream society that is radically different from that of their youth-culture forebears, and they have the bobos to thank. Indeed, they have them to thank for their very existence.

The rise of the bobos in the 1990s (when creativity became lucrative and money became cool) put a new kind of pressure on the true bohemians. Now they no longer stood in opposition to mainstream culture, as the beatniks did to the company men or the slackers did to the business boys. Now they looked exactly like it. Mainstream culture had come to them, and it drew them to itself. Et voilà, the hipster. Instead of having to get a haircut and a new wardrobe, not to mention a new set of friends, if you wanted to go over to the man, you just kept doing what you were doing, at gradually higher price points. Hence the hipster as Bobo-in-training, bohemia merging imperceptibly with the bourgeoisie.

Hipsters and bobos are symbiotic. I should know; I’m a bobo in a hipster-bobo neighborhood — which is pretty much what I was looking for when I moved to Portland in the first place. We’re all into organic food and progressive politics; we just have different relationships to the commodities through which those attitudes are expressed. Hipsters create bobo culture. They make or sell or serve, or simply pioneer, what bobos buy. Try to picture Allen Ginsberg having a chat with Don Draper, across the counter at the local coffeehouse, about the latest Lady Gaga video, and you’ll realize how far we’ve come.

All this is why, unlike those of previous youth cultures, the hipster ethos contains no element of rebellion, rejection or dissent — remarkably so, given that countercultural opposition would seem to be essential to the very idea of youth culture. That may in turn be why the hipster has proved to be so durable. The heyday of the hippies lasted for all of about two years. The punks and slackers held the stage for little more than half a decade each. That’s the nature of rebellion: it needs to keep on happening. The punks rejected the mainstream, but they also rejected the previous rejection, hippiedom itself — which, by the late ’70s, was something that old people (i.e. 28-year-olds) were into. But hipsters, who’ve been around for 15 years or so, appear to have become a durable part of our cultural configuration.

Or maybe not. These movements always have an economic substrate. The beatniks and hippies — love, ecstasy, transcendence, utopia — were products of the postwar boom. The punks and slackers and devotees of hip-hop — rage, angst, nihilism, withdrawal — arose within the long stagnation that lasted from the early ’70s to the early ’90s. The hipsters were born in the dot-com boom and flourished in the real estate bubble.

Affability is a commercial virtue, but it is also the affect of people who feel themselves to be living in a fundamentally agreeable society. Already, the makings of a new youth culture may be locking into place.

A version of this op-ed appeared in print on November 13, 2011, on page SR1 of the New York edition with the headline: Generation Sell.